Today, the Songs Nepal released a music video ‘Chura Lagau Soltini’ from the Nepali music album, ‘Yaad Timro’ post produced by Arjun Devson. The melodious Nepali romantic lok-pop song just released, has the vocal lead of rising singer, Lila Siwakoti from the United States. At present craze of music, Lila Siwakoti is gaining his popularity in Nepali lok-pop music among the youths around the glove.

The excellent cinematography work of the music video was directed by Kedar Upreti ‘U.K.’, a counted actor, director, and producer from the Bhutanese-Nepali global community residing in the United States. Its pretty camera shots were done by Rabi Rimal and Bimal Gajmer, and the awesome choreography was done by Nanda Lagun.

The Bhutanese Nepali youth singers Bharat Tamang and Deoka Bhandari seem the perfect couple in the screen; the music video is successful to present the hidden talent chemistry which gave the evidence that the actors are multi-talented and can do better in their acting career too. The music video has become excellent art work, though the actors looked immature in motion arts. It indicates that the director Kedar UK is successful in debuting new characters on the screen. The work of arranger Kumar Thapa can be appreciated. 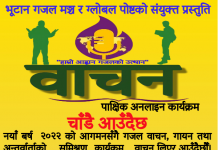 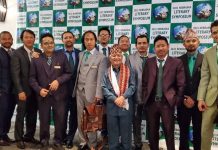 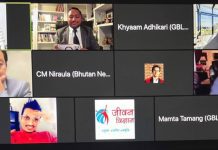 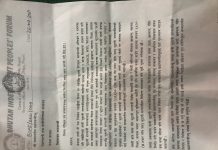 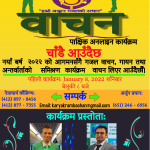 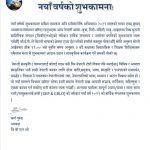 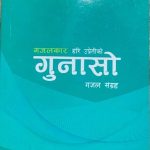